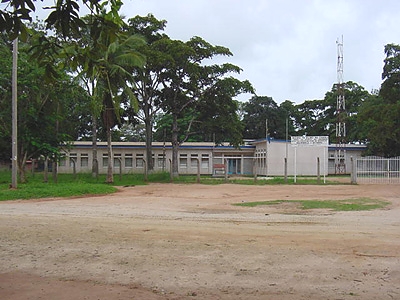 NARI is one of seven agricultural research zonal centers in Tanzania under the Ministry of Agriculture, and Food Security. It covers two regions and one district in the south eastern corner of Tanzania i.e. Mtwara, Lindi and Tunduru District in Ruvuma Region.  It was established in 1970 and entrusted with a mandate to conduct agricultural research that addresses the needs and aspirations of the farmers, particularly improved crop productivity and quality.  NARI coordinates Cashew and Oilseed crops at National level and collaborates within and outside Tanzania in verifying research outputs.

NARI is one of the world leaders in Cashew research, boasting of a research database that could be useful not only to Eastern and Central Africa, but to a wider audience, including researchers from other countries interested in cashew.

Mission
To conduct agricultural research that addresses the needs and aspirations of the farmers; particularly improved crop productivity and quality of Cashew and Oilseeds for better livelihood of the farming communities while conserving the environment.

Naliendele Agricultural Research Institute (NARI) is one among seven Zonal Agricultural Research Centers under the Department of Research & Training within the Ministry of Agriculture, Food and Cooperatives.  NARI is entrusted with a mandate to conduct agricultural research that addresses the needs and aspirations of the farmers particularly improved crop and livestock productivity, hence, better livelihood of the farming communities in the Southern Zone.

NARI is located some 16 km South of Mtwara Municipal along the main road to Newala.  It coordinates Cashewnut and Oil Seeds Crops at National level and collaborates with other institutions within and outside the country in verifying research outputs.

NARI wings span across Mtwara and Lindi regions and Tunduru district in Ruvuma region.  This gives the Researchers a wider room for refining their work in different agro-ecological zones for more efficient output.

The institute maintains good links with other stakeholders locally and internationally enabling seepage/exchange of experience and technology.

NARI is the Headquarters of Southern Research Zone.  It was established in 1970 as a scientific institution of the Ministry of Agriculture and Food Security on a strong base of cashew research development shifted from Nachingwea, now a sub-station.  It also collaborates with other research stations in the country.  The institute consists of eight programs namely:

The Institute’s major focus is to create a favorable environment which encourages a mutual learning situation with farmers. The partner-ship with farmers is strengthened by over 500 on farm trials throughout the zone and other parts of Eastern, Southern Highland, Central and Northern Zones where cashew, groundnuts and sesame is grown.

NARI has embarked into an ambitious seed multiplication programme with farmers under the umbrella of Community Based Seed Multiplication Programme involving extension workers, individual farmers/farmer groups and participating stakeholders/institutions.

These efforts, however, does not relief the Institute from shelving the lion’s share of its outputs due to slow pace in dissemination – something which calls for immediate and long term strategic actions by the Ministry, District Councils and all stakeholders in general.

Sorry! No Entry at this Moment!